skip to main | skip to sidebar

Media Ethics in the Coverage of the Breivik Attacks

Media Ethics in the coverage of the Breivik attacks
By Svein Brurås
The Norwegian press has a reputation for maintaining quite high ethical standards compared to that of many other countries. The news media are reluctant when it comes to calling on, interviewing and taking photos of human beings stricken by accidents or crimes. They normally keep a distance to survivors and next of kin who do not want to step forward, and news media do not publish photographs of dead or seriously injured people at the scene of an accident or a crime. The press rarely publish names or pictures of people suspected of or charged with a crime, except when it comes to prominent public persons.  The rules of ethics are to a large extent honored by the Norwegian news media, and the Press Council – which is appointed by the press itself to look into complaints against the media – has achieved authority and respect.


During and after the terror attacs in Oslo and Utøya July 22, the norms and principles of media ethics were challenged. The news media in Norway found themselves in a situation far beyond anything they have ever faced. On a quiet Friday summer afternoon, a drama which no one could imagine erupted. For the news media, it was a chaotic, complex and demanding situation.[i]
The Norwegian news media have received a lot of praise for their coverage of the July 22 attacks. But the recognition is not unanimous. Survivors and the victim`s relatives have criticized aspects of the media coverage, and within the press there have been different opinions and a quite intensive debate on whether the news media managed to keep a high ethical standard during this extreme situation.


Chaos and rumors
In the newsrooms in Oslo they heard the explosion by the government buildings at 15.26 in the afternoon. The largest newspaper in Norway, VG, was actually affected by the blast as windows were broken, and the staff had to evacuate the building. All of the main news media immediately had reporters on the streets to observe what was going on. They were met by enormous damage on buildings, dust and broken glass all over the place, and people in shock running to and from. Reporters took pictures of injured individuals streaming into the streets and receiving first aid on the pavement – and of dead bodies, pictures which Norwegian press photographers normally do not shoot.

The journalism on TV, radio and web during the first couple of hours was based on observations and information from eyewitnesses. Rumors and speculations were flourishing, not the least in social media.  For the news media, the situation was difficult and complex. They faced an acute and immense need for information among the large public, who immediately turned to the media to be updated.  At the same time, the news media had to be sure not to provide false information in this situation.

Looking back, we can establish that the Norwegian media as a whole did provide correct factual information, although some misinformation was published.[ii] It seems like the journalists had their critical attitude to sources in mind. We have also noticed that wrongful information was more perceptible and durable in foreign media, not least in American media which provided clearly misleading factual information for days


However, blameworthy speculations on who was behind the bomb attack were presented. During the first hours, it was referred to Muslim groups several times, and this was supported by experts and researchers on terror, who were immediately called to the TV studios.  The researchers have later blamed the media for having forced them to announce speculations before there was any basis for doing so.
Utøya


While the situation in the center of Oslo still was unsettled, disturbing messages from Utøya started to arrive. Participants at the youth camp at Utøya posted dramatic tweets and phone-messages to their relatives, telling them about shooting on the island. The messages were forwarded on Facebook and Twitter, and soon came to the attention of the news media.
The police were not able to say or confirm anything of what was going on at Utøya. Then journalists started to make phone calls to the youth on the island while the shooting was still in progress. This has been strongly criticized because the youngsters at Utøya were now trying to hide from the killer who strolled around with his gun. Some had turned off the sound on their phones, but not all of them.  Criticism has also been directed to NRK (the public service broadcasting and largest TV channel in Norway), which had a helicopter above Utøya right at this time, trying to film groups of youth on the island. According to the youth, this was increasing the risk of being discovered by the terrorist. The media would of course never have used the helicopter – or made phone calls to Utøya – if they had had any idea of the risk and consequences.


At the same time, several participants at the youth camp made phone calls to NRK, requesting to speak directly on the air. They were not allowed to do so.
When survivors and injured were brought to the shore of the mainland – some of them had swam a long distance in cold water to get away from the island – many reporters and photographers had arrived. They shot photos of crying, shaking and shocked young people. Some of the pictures were published. Norwegian news media tried not to expose identifiable persons, but still their conduct has been accused of breaking the norms of privacy. Media has also brought relatively close-up pictures of body bags at the shore, which has evoked negative reactions.


Survivors were brought to a hotel nearby, where they were shielded from the press. But as soon as they moved outside the protected area, they were being photographed and asked questions by reporters. The survivors had different reactions to this. Some of them were glad to speak to the press and tell their stories. Others reacted with anger, accusing the press of being insensible and ruthless. Some of the young people who gave interviews shortly after the attack, have later said that they regret doing so.
The presentation of the perpetrator


The police were quickly aware of the identity of the suspect, and a few hours later his name was known in the newsrooms. Despite the police`s appeal to the media not to reveal his name at this point (due to investigation considerations), all the leading news media published his identity in the course of the night.  They considered that the identity of the terrorist was of great public interest.
As soon as the news media got to know his name, they quickly found Ander Behring Breivik`s  entries on the internet. They found a You Tube video and his so-called “manifest”.  A media ethical dilemma is how to deal with this. It represents an important journalistic documentation and a source of knowledge of the background and ideology of the man behind the terrible crime. At the same time, this is his own self-staging and presentation of himself which he wants to be spread in the media.


The “manifest” contains pictures of Behring Breivik – in uniform, in diving suit, in nice fashionable clothes, and pictures in which he poses with a machine gun and appears in a threatening posture. We recognize what has been called “The Violent Hero Model” who wishes to put himself forward as an ideal and inspiration to others. [iii] The first couple of days after the attacks, Norwegian news media used his pictures to a great extent. They did not have access to other photos of Behring Breivik. But when he was transported to court for preliminary imprisonment three days after the attack, the press managed to take their own photos of the man. From then on, the media decided to use Behring Breivik`s own photos as little as possible, and only when they have specific journalistic relevance.
It has come to the public`s knowledge that several news media have made inquiries to the police and prison authorities in order to arrange an interview with Behring Breivik. For the time, this is out of question because he is under strengthened security and not allowed to receive visitors. But the fact that some news media want to interview the terrorist at this point, has provoked colleagues, and even more survivors of the massacre and the victims` relatives. They claim that he should not be given access to any microphone; we have already sufficient knowledge of his opinions so far – and he should not be regarded as a celebrity. This view was supported by the secretary general of the Norwegian Press Association, Per Edgar Kokkvold, who said: “You`d have to be an idiot or be morally blind not to see that it would be extremely difficult for victims` families if Breivik is interviewed before the trial”.


Critical and investigative journalism
During the first period after the massacre, a critical look on how the police and the authorities handled the situation was nearly absent in the press. Norwegian journalists were asked by their foreign colleagues covering the attacks: Why don`t you investigate the police`s response and preparedness? Where are the critical questions towards the authorities?


The explanation is to be found in the very particular atmosphere which arised in the country after the attacks. The nation as a whole was hit by an overwhelming feeling of shock and sorrow, but also of fellowship and solidarity. The media gave us the survivor`s individual stories, and commemorative words of the dead ones. The sorrow was depicted by symbolic pictures, memorial ceremonies, songs and poems, and a very present and visible prime minister who expressed the agony and compassion on behalf of the citizens.
At this stage, a critical journalism confronting the authorities would not have been communicative and attentive to state of the public mood. However, after some time, critical stories started to appear. During the last weeks a lot of stories have been published questioning several aspects of the police work: intelligence, state of readiness, equipment, procedures etc.


The extent of the coverage
The survivors and the victims` relatives as well as voices from the public have criticized the volume of the terror coverage and the strong and lasting focus on Anders Behring Breivik. They don`t want to see him at the front page and in the TV news every day. The newspaper Dagbladet (which is the third largest paper in Norway) had the terror attack as top story on the front page every day for four weeks after the attack. 24 of 28 days there was a picture of him at the front page. This have brought along the establishing of Facebook groups calling upon boycott of the tabloid newspapers, and shop managers turning the frontpage back at the newsstands in order not to offend the customers.


The discussions around the media ethics in the coverage of the terror attacks will continue for a long time. So far, the Norwegian Press Council has received 29 complaints on the coverage. The complaints cover issues from inconsiderate photos and aggressive interview inquiries to prejudgement and rejected reader`s letters. The number of complaints reflects the fact that far from everybody are satisfied with the media coverage of July 22.
[i] Different research projects have been initiated to analyze the media coverage of July 22, but these are still in progress and not yet completed.
[ii] For instance, the location of the blast was wrongfully misplaced several streets away; it was reported that four suspects had been observed leaving the scene in a black car; three suspects were arrested at the airport etc.
[iii] Jfr. Pentti Raittila, Kari Koljonen and Jari Väliverronen: Journalism and School Shootings in Finland 2007-2008.
Tampere University Press 2010. 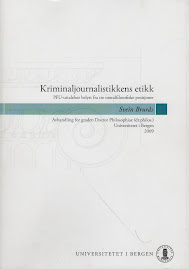 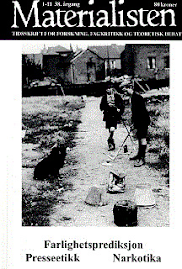